Based on the Meth_Compare project and parameters we collectively decided on in processing bisulfite sequencing data, I wanted to reprocess the salmon BS data. Before re-doing all alignments, I wanted to explore different alignment options for potential optimization.

Alignment in SE mode typically retains more of the data than alignment in PE mode. Zymoresearch shared the parameters they use for alignment:

local alignment mode performs soft clipping so that reads with mismatching sequence (poor quality) in the beginning or end of the read can still be retained.

TrimGalore in PE or SE mode

All plots below were generated by 20200424_BmrkCmpr.Rmd using the above linked multiqc_bismark_alignment.txt files from each Bismark analysis:

I also plotted this data out in a googlesheet before I could get fread to work successfully: PEvSE_trim_align_modes 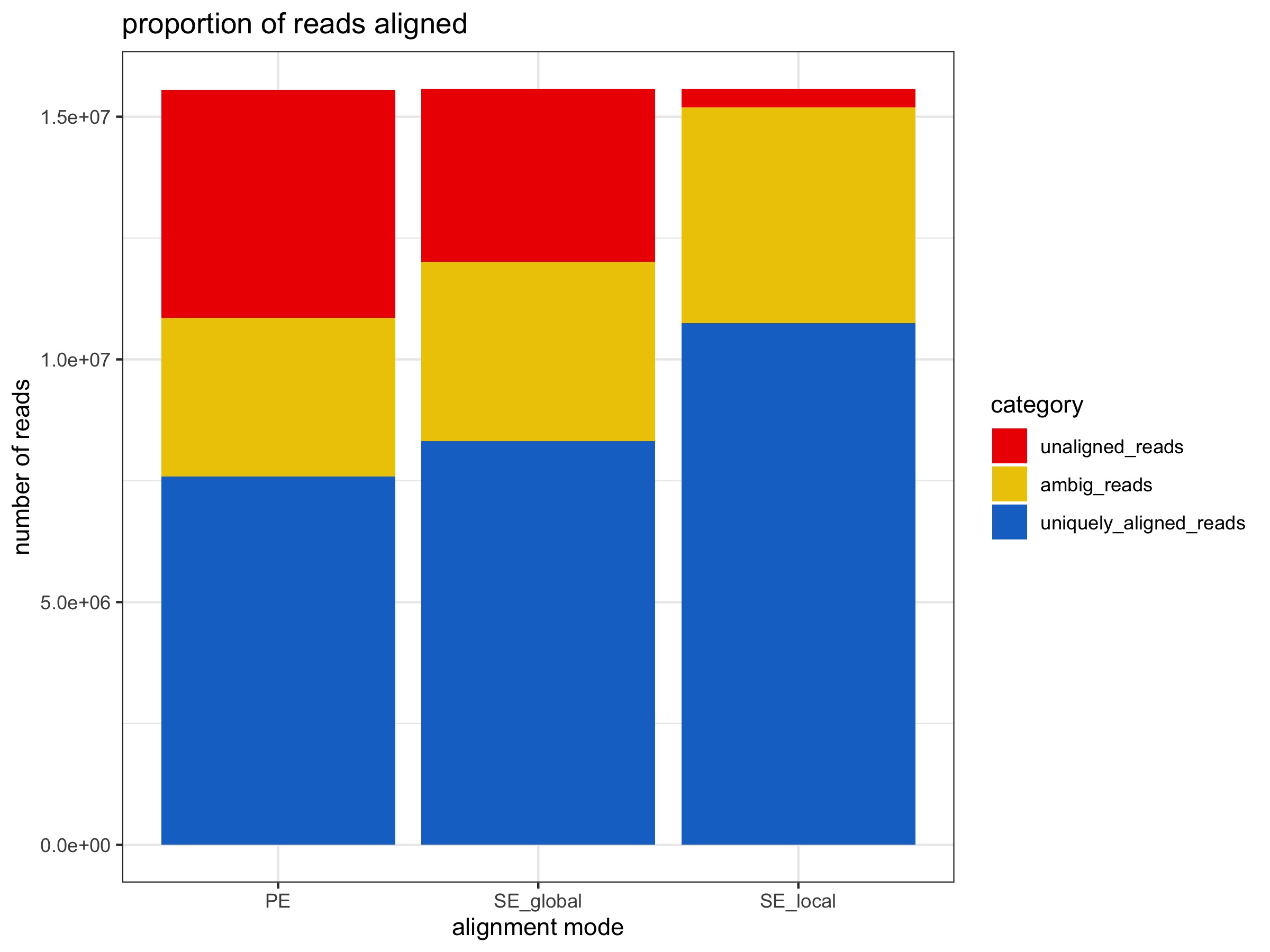 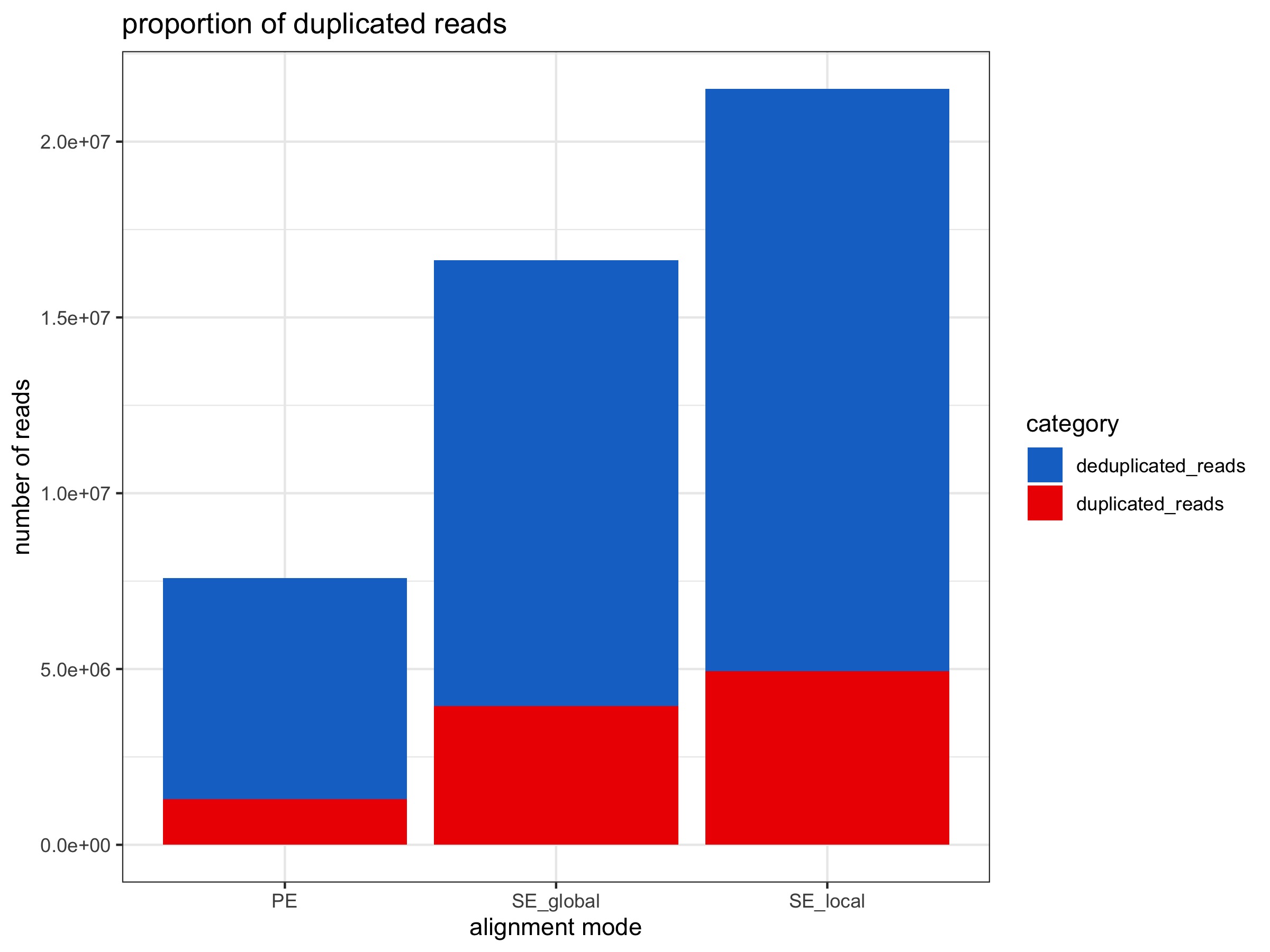 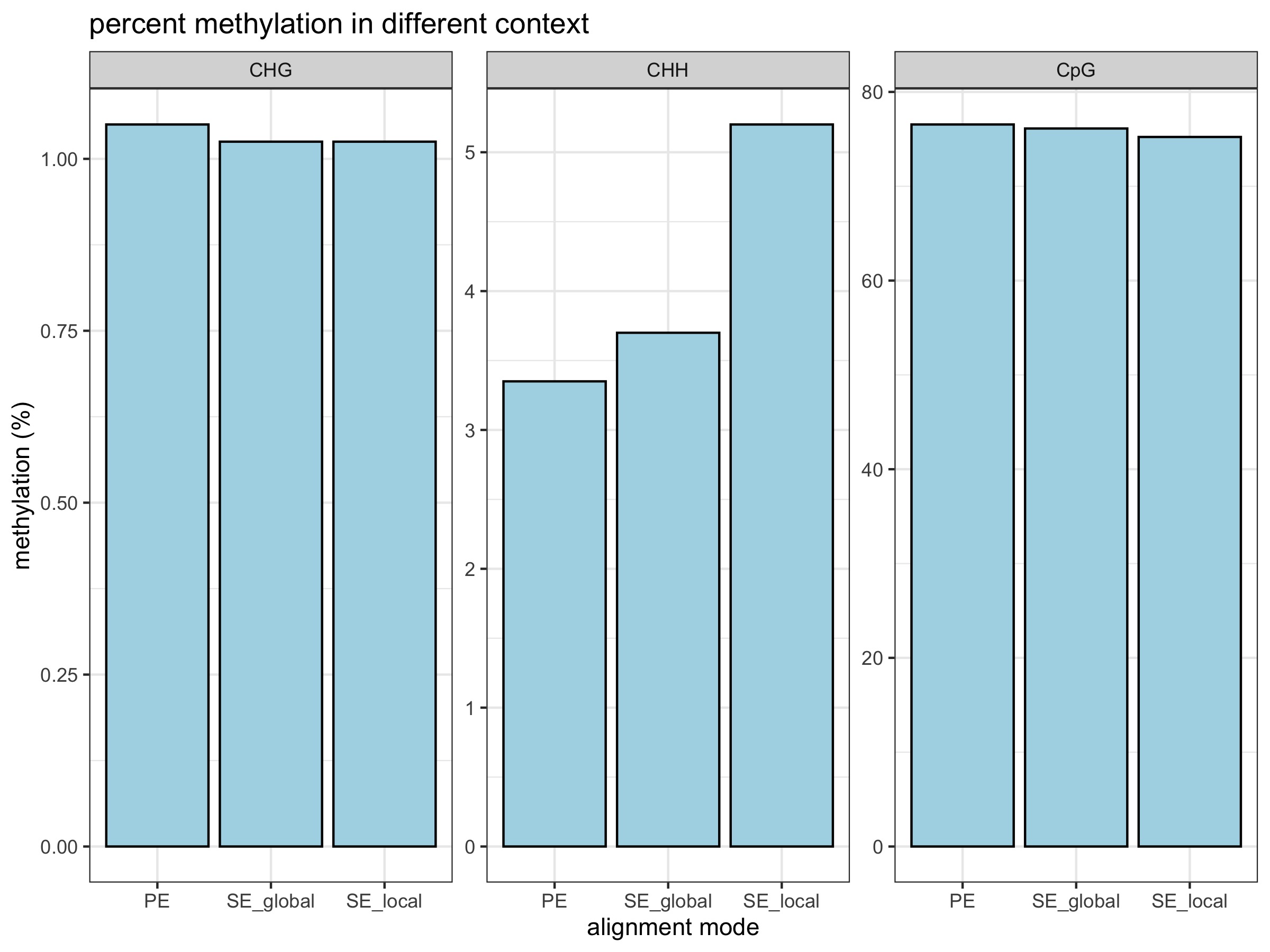 Most loci are commonly covered no matter what mode is used. There is not a substantial gain going from PE to SE global. There is also not a big difference between SE global to SE local. It looks like there are particular genome regions gain reads in local mode (NC_027300, NC_027308, and NC_027309) rather than it being an even distribution.

All plots below are from 20200424_BmrkCmpr.Rmd and were plotted in this google sheet:Bmrk_PEvSE_CmprBeds 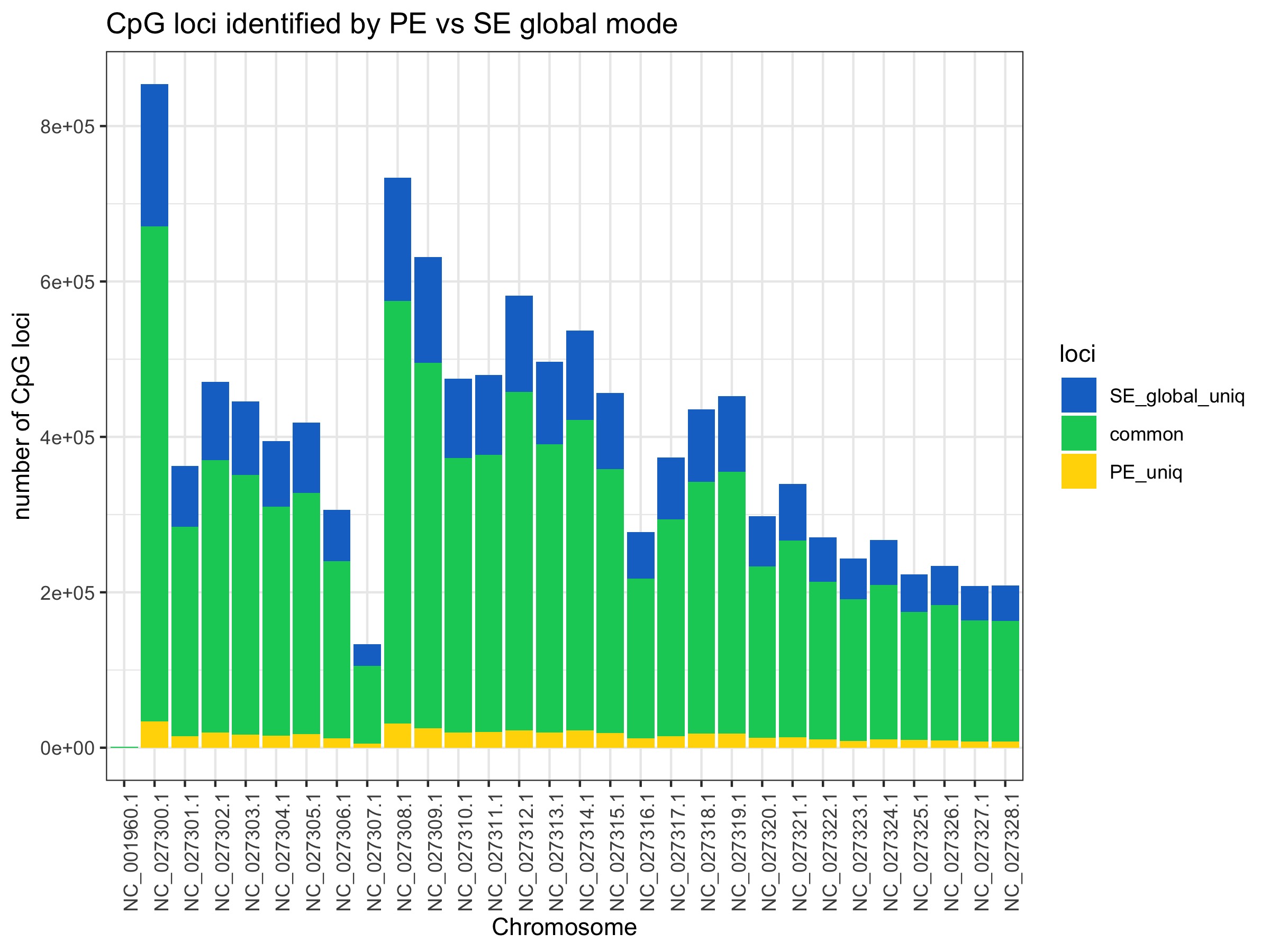 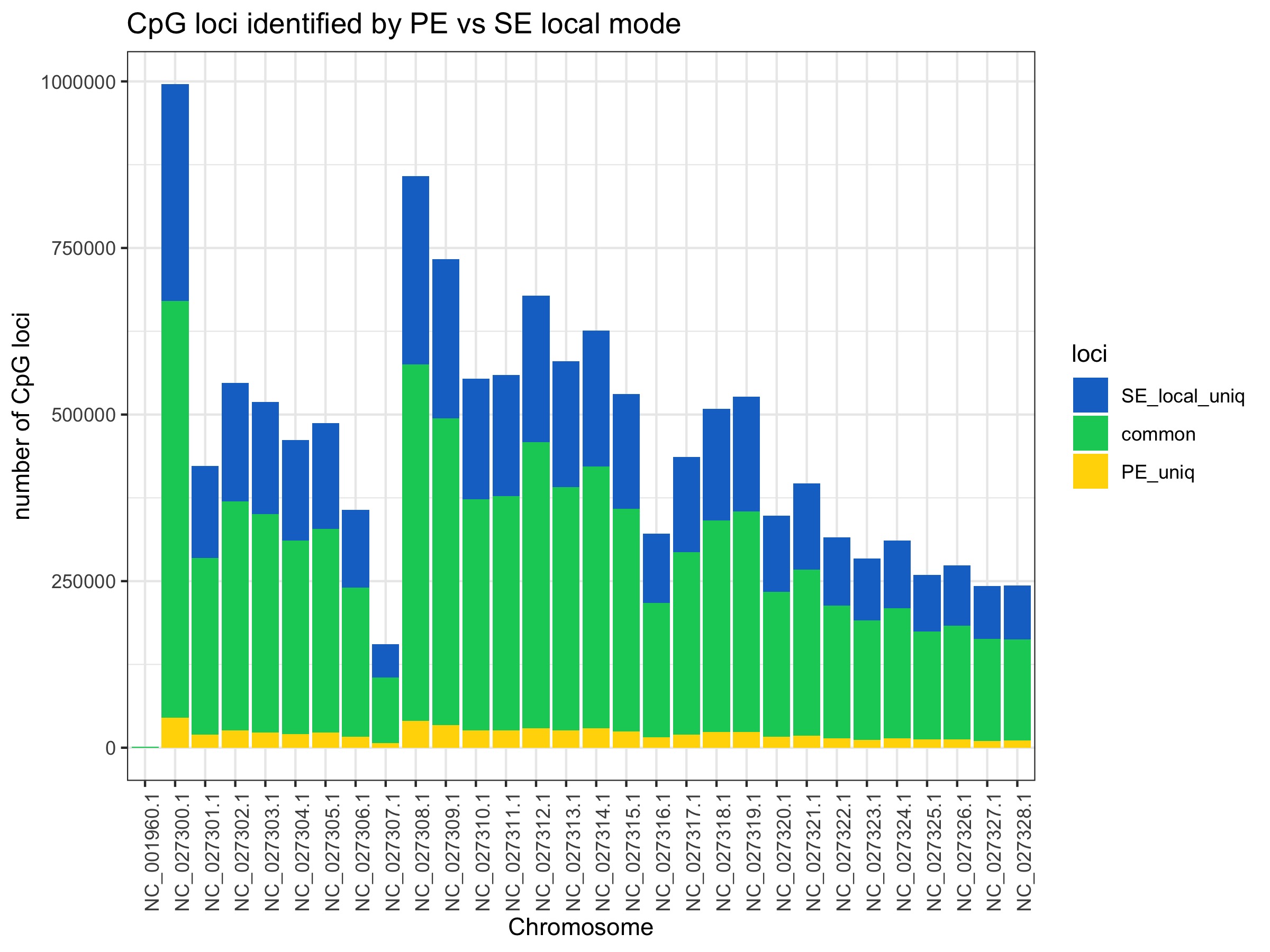 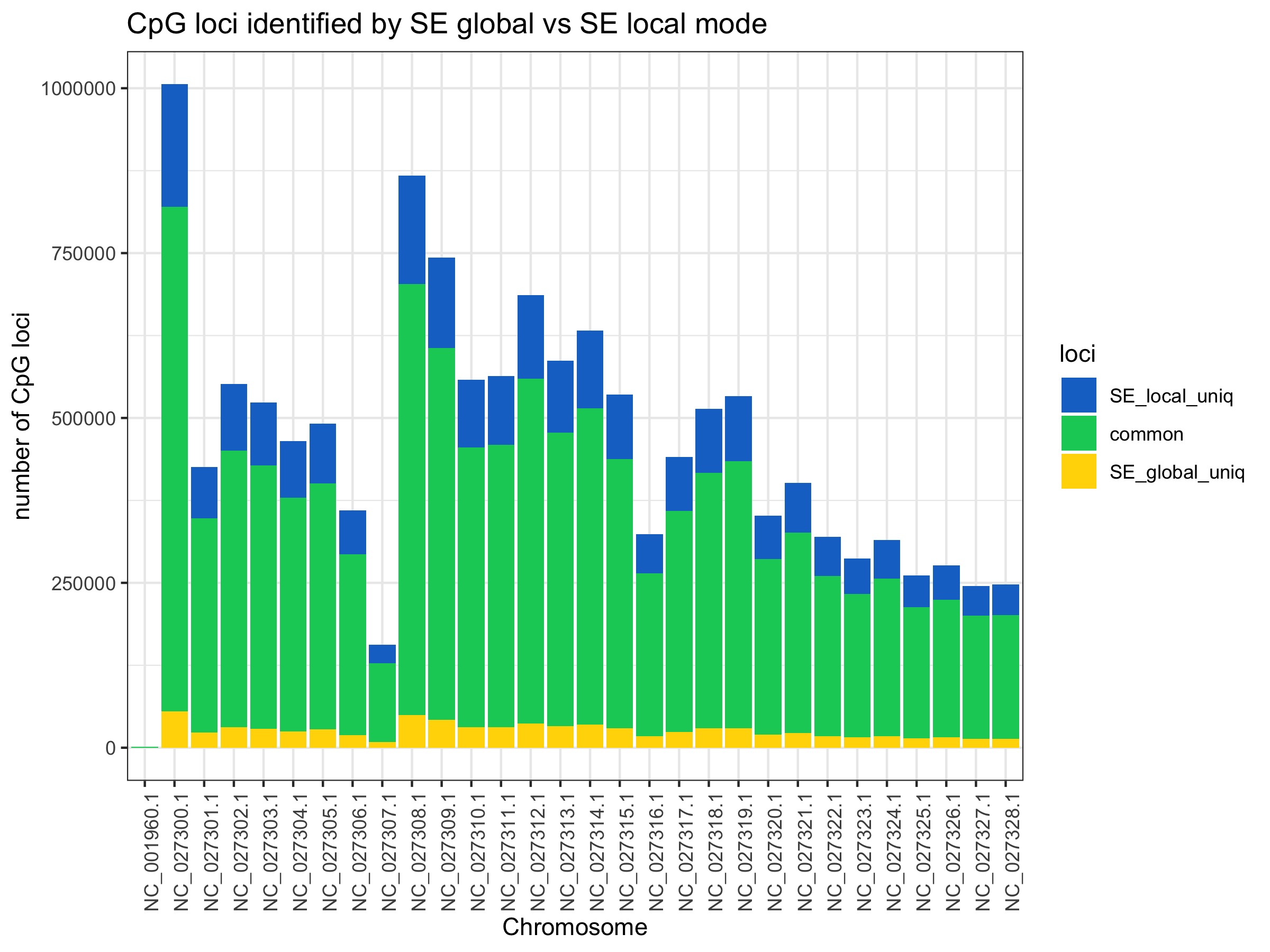 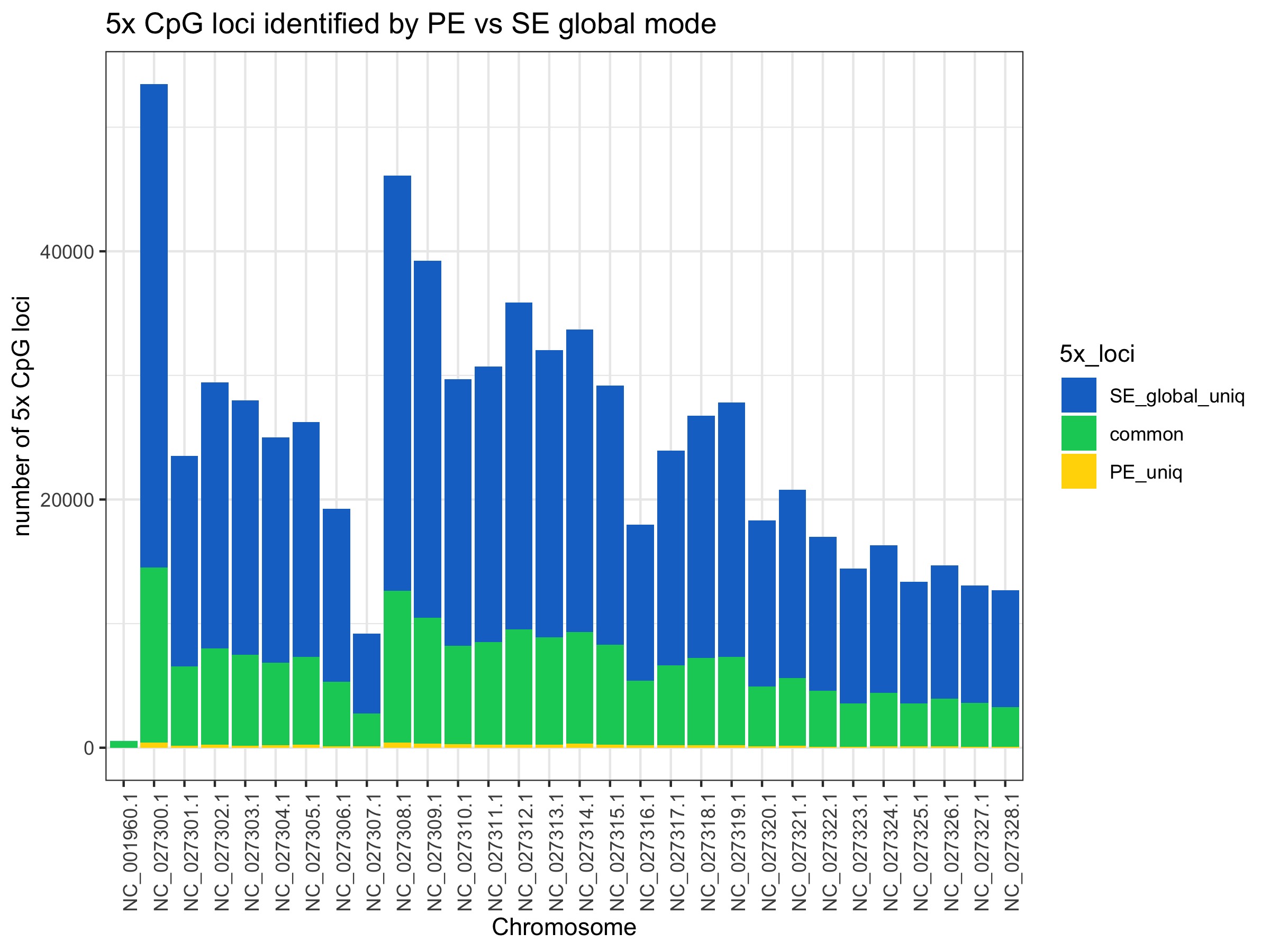 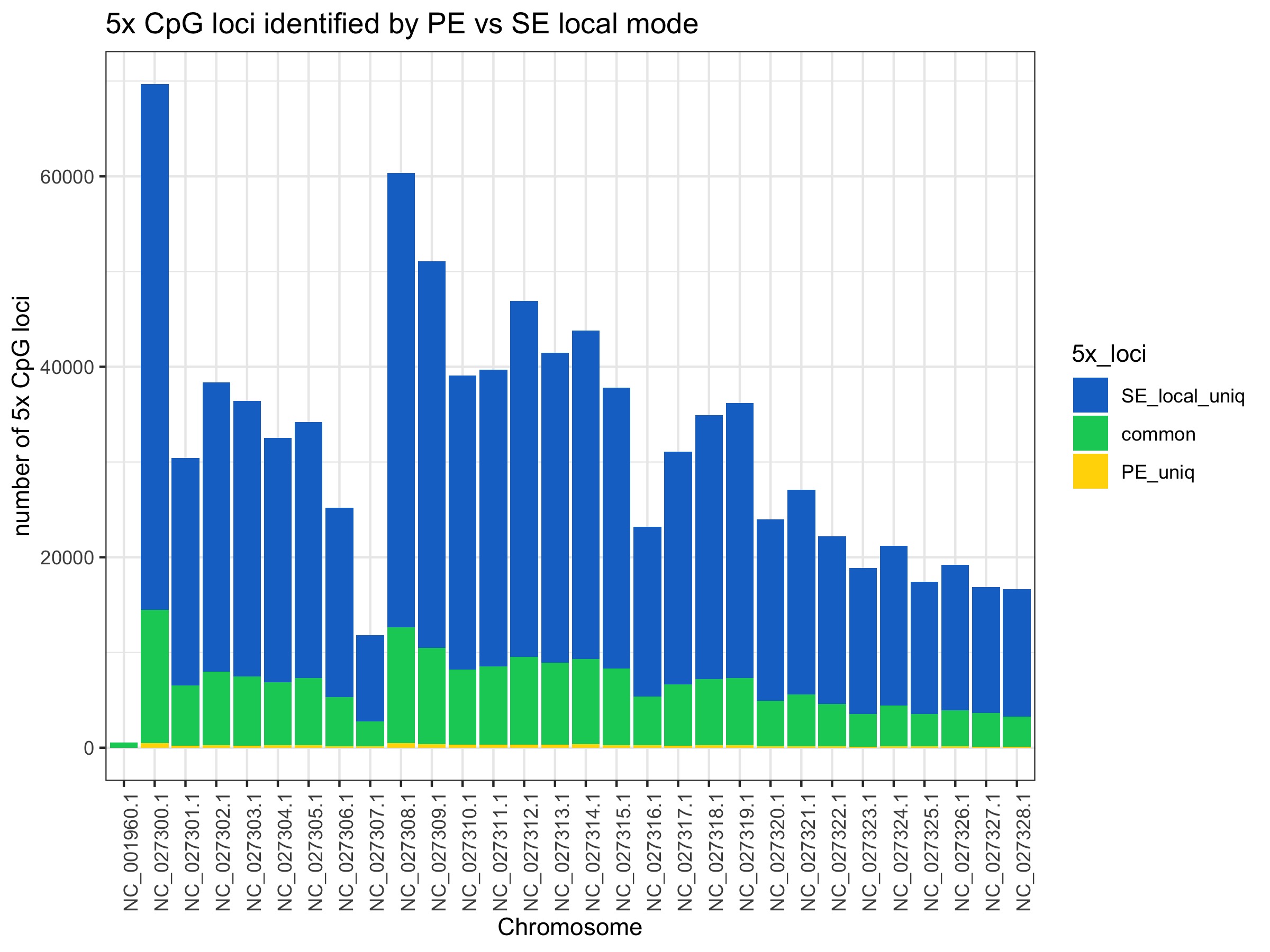 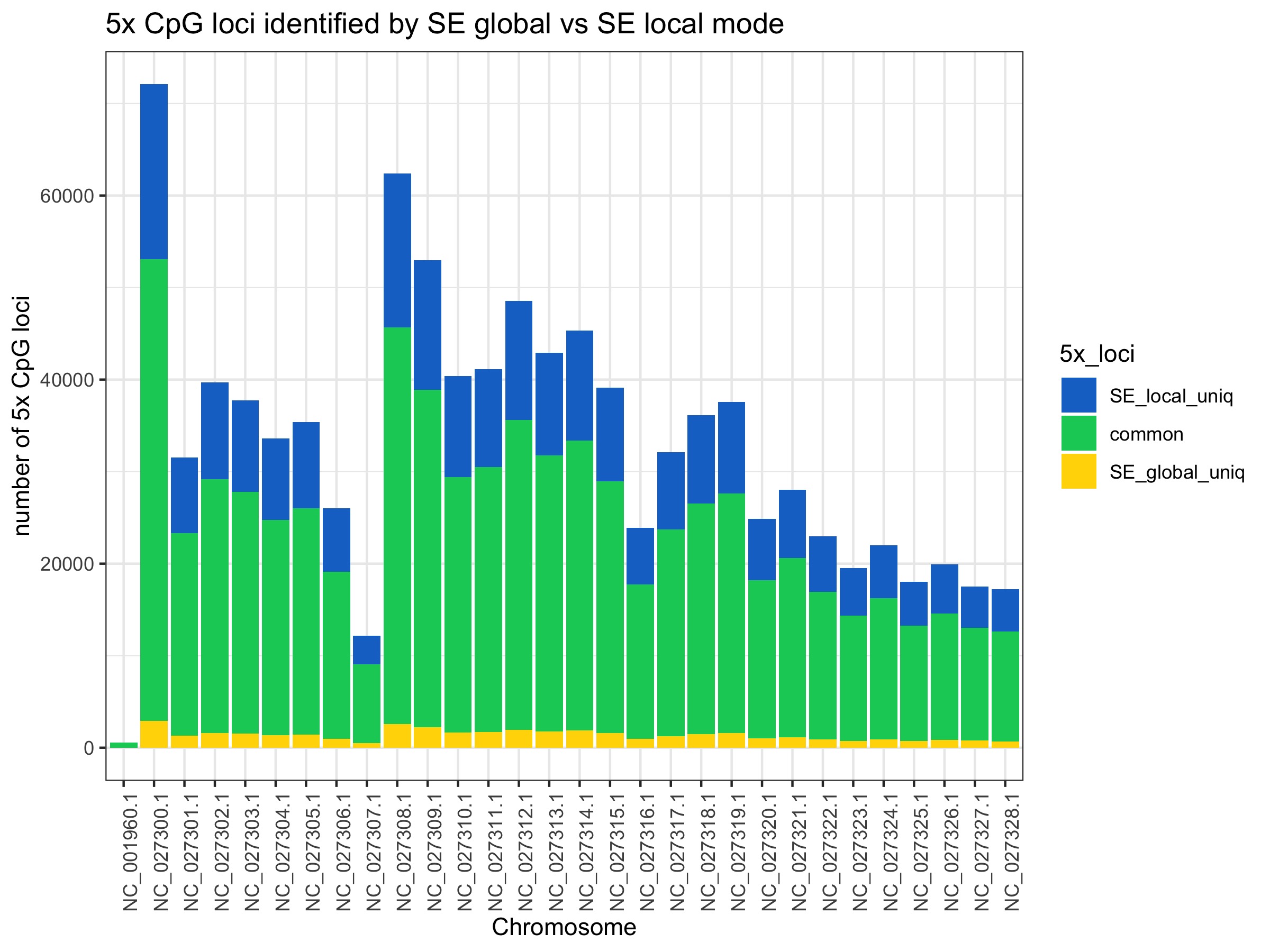 Is there a chromosomal bias? 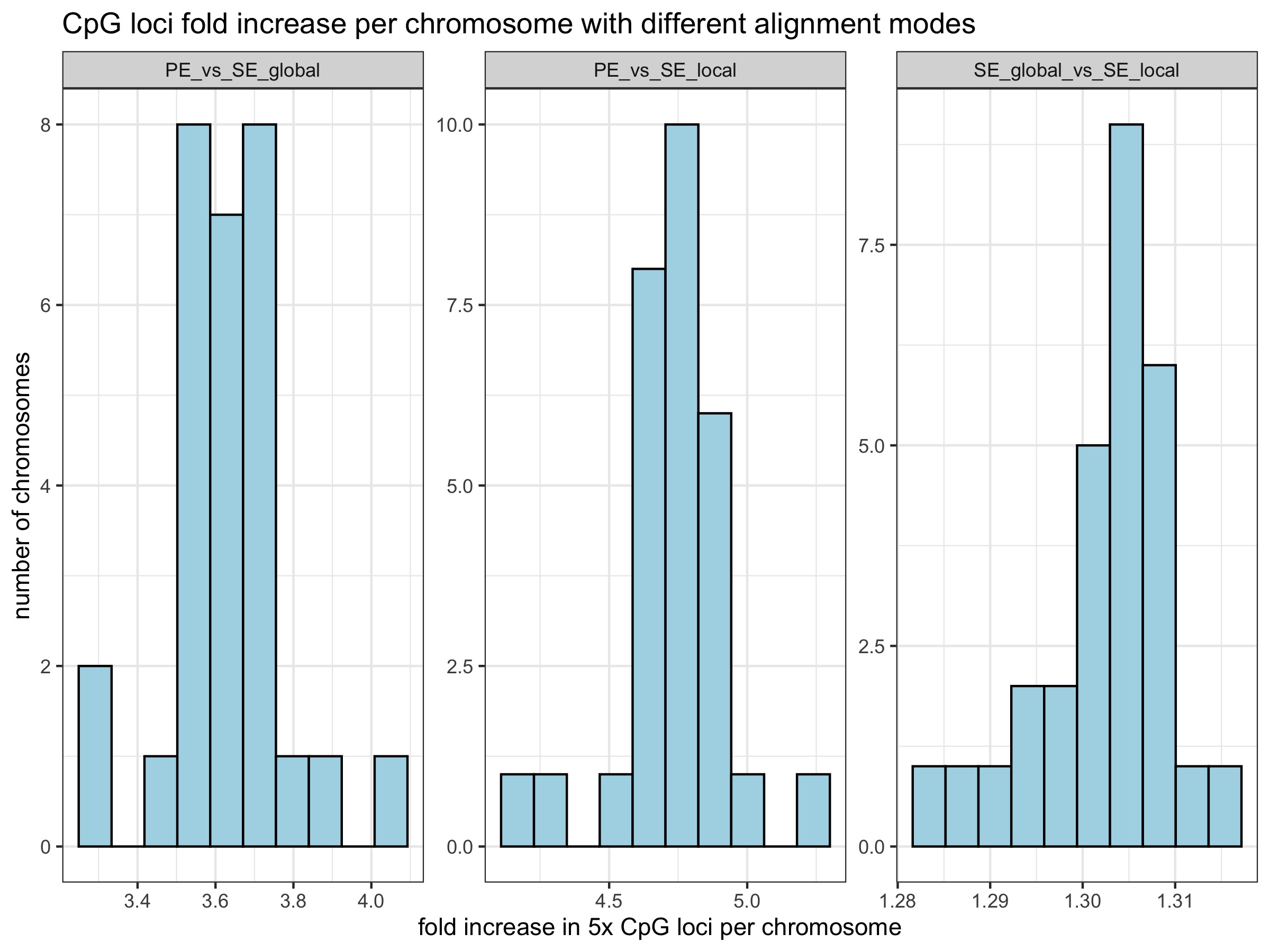 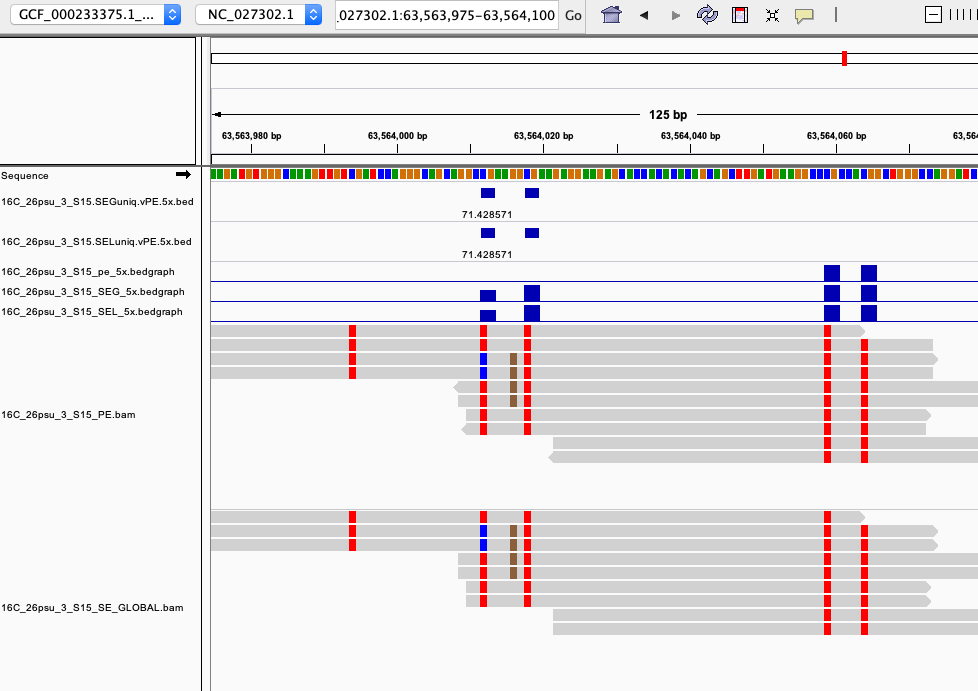 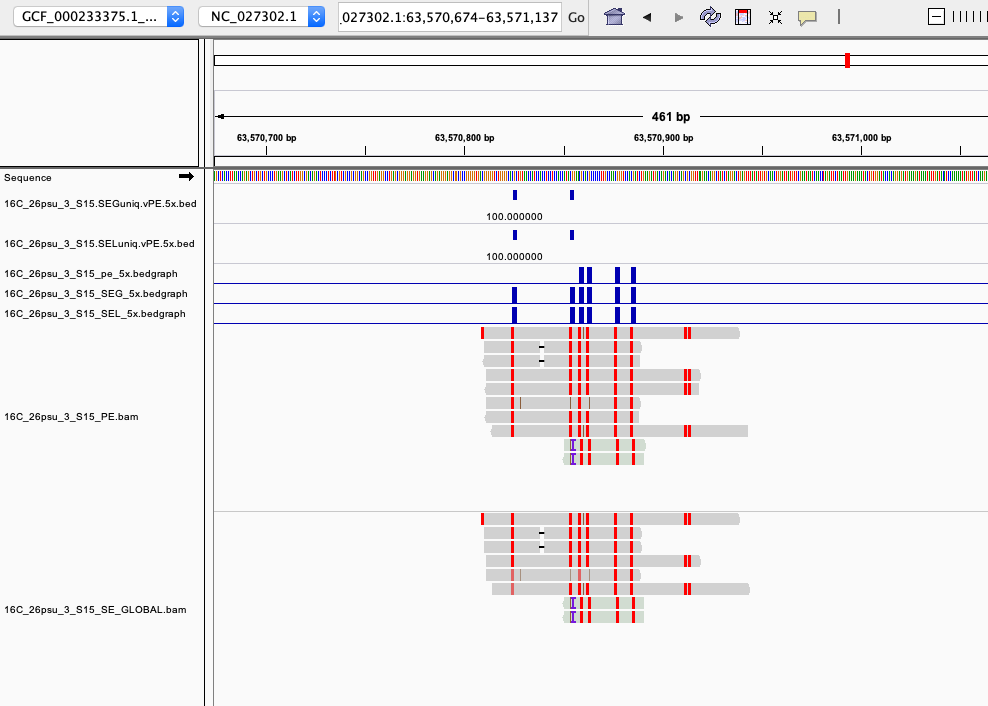 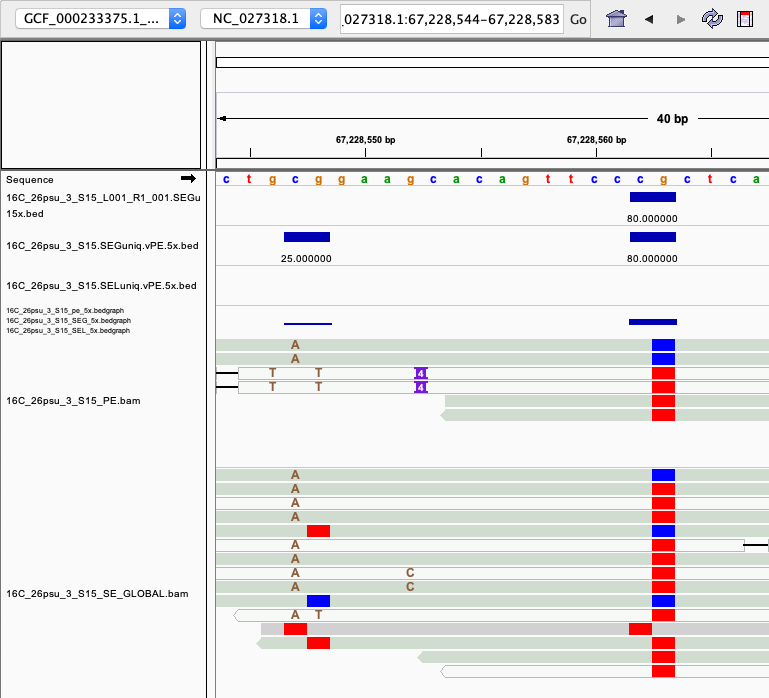 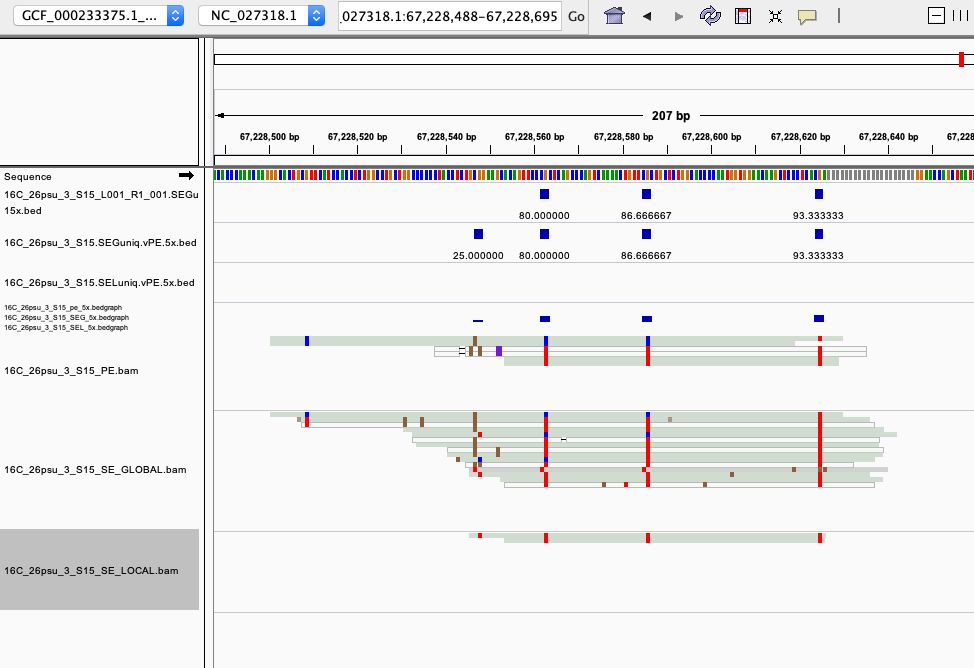 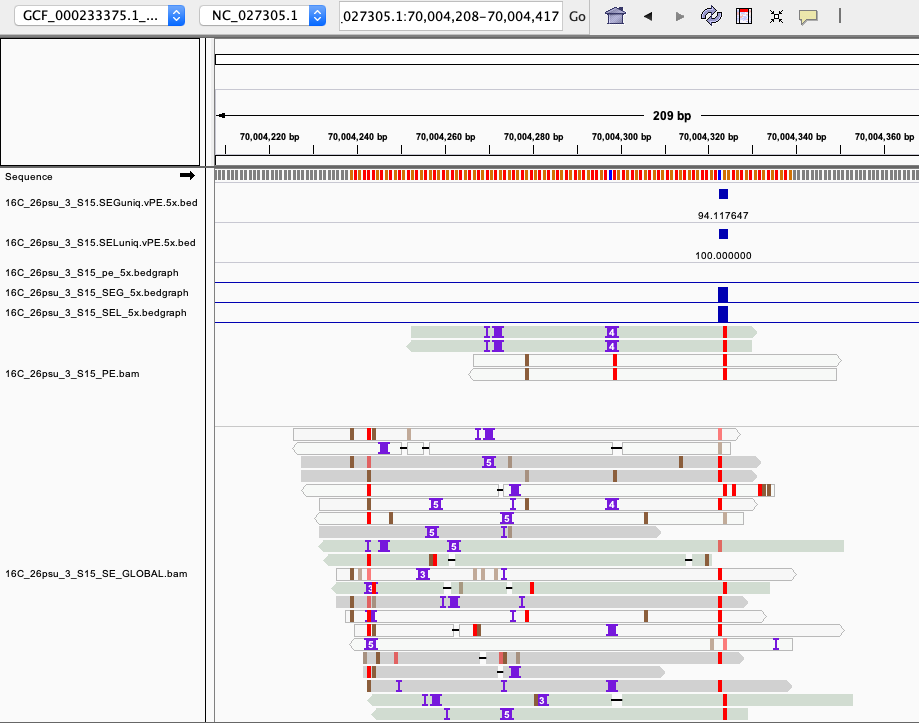 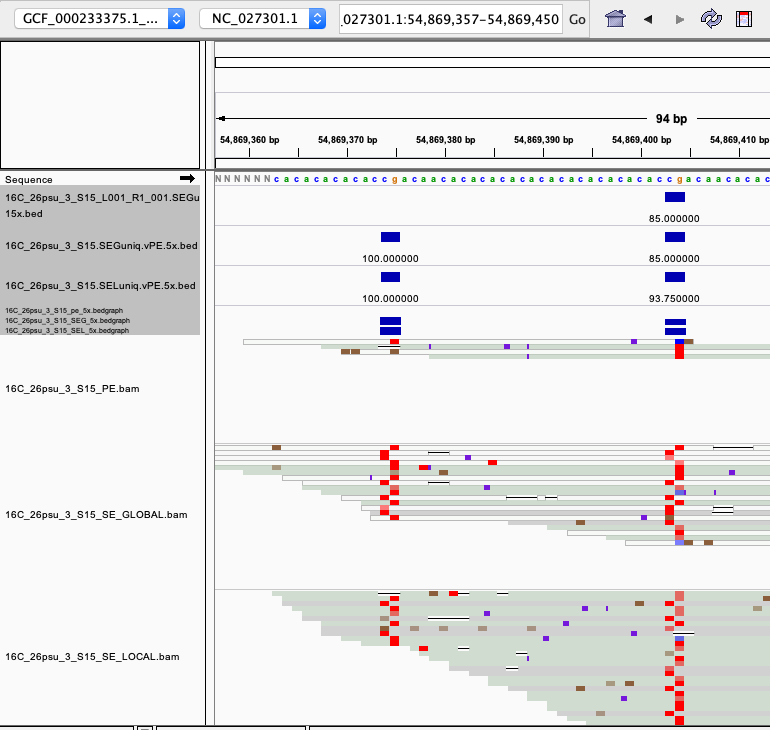 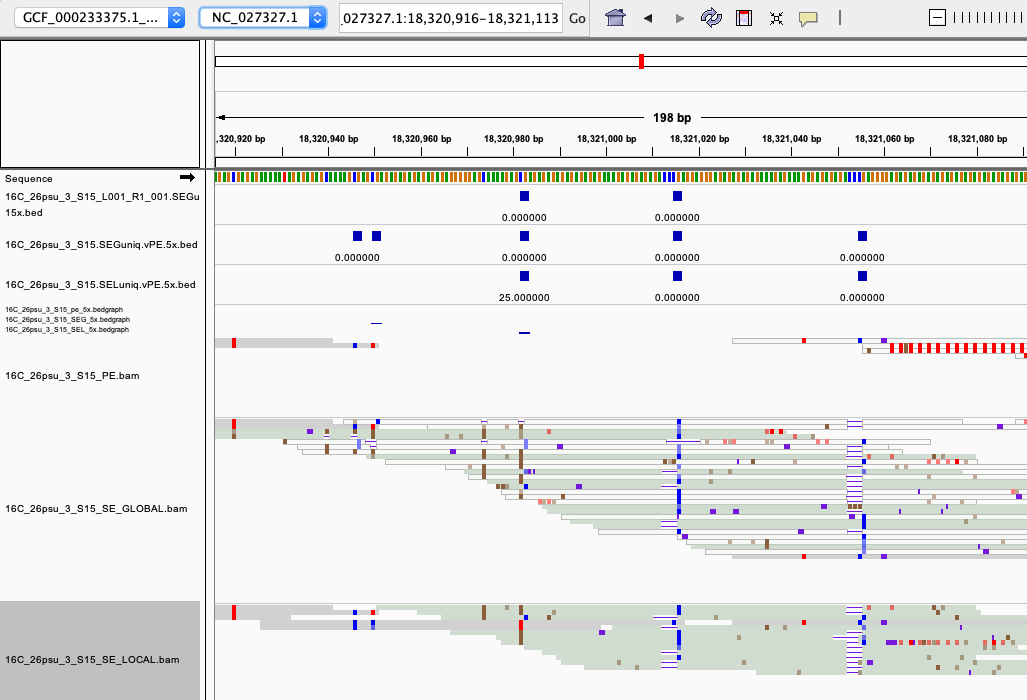 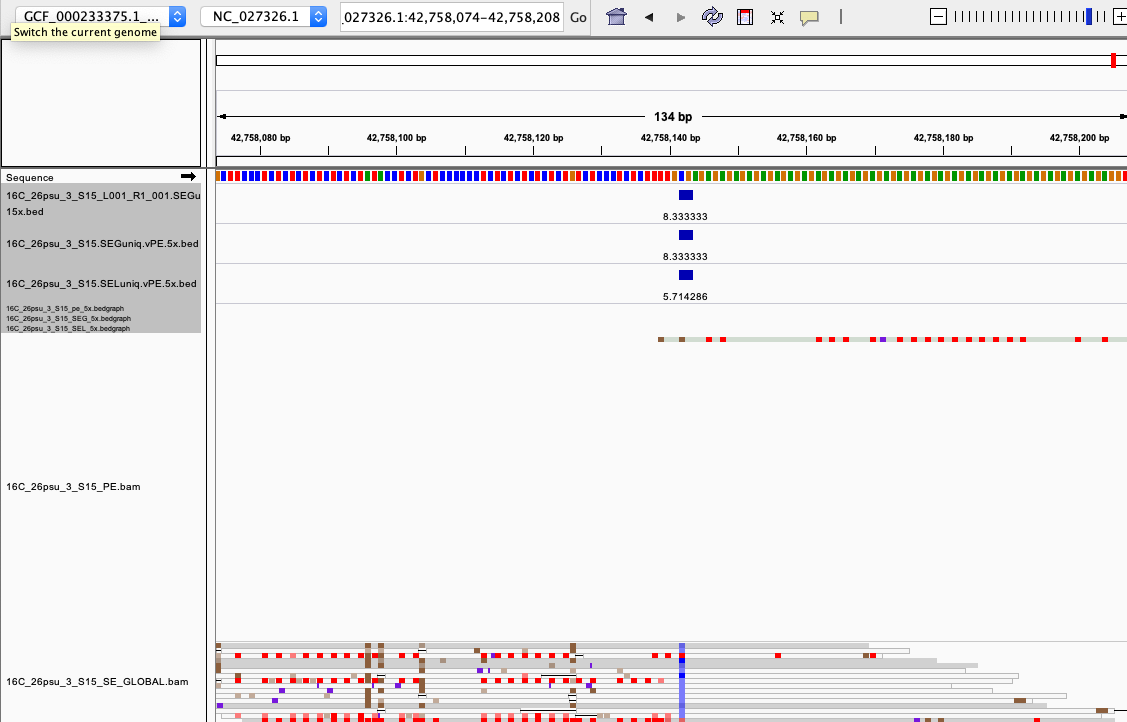 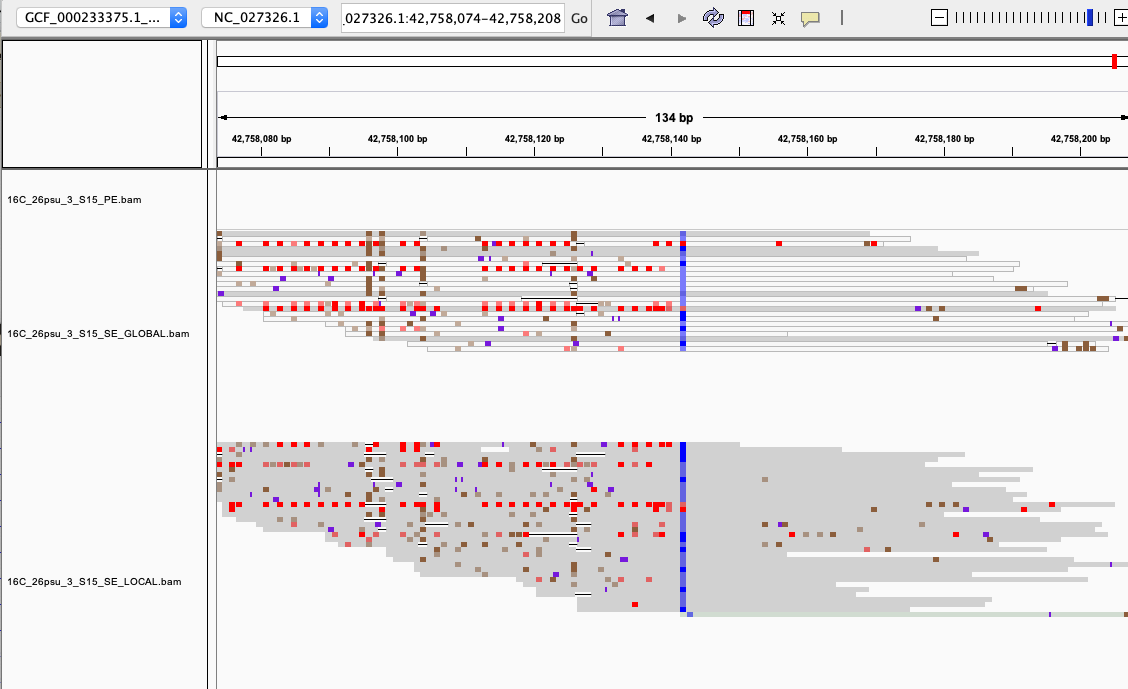 What is the spread of coverage of loci that are retained in SE global but not identified in PE? 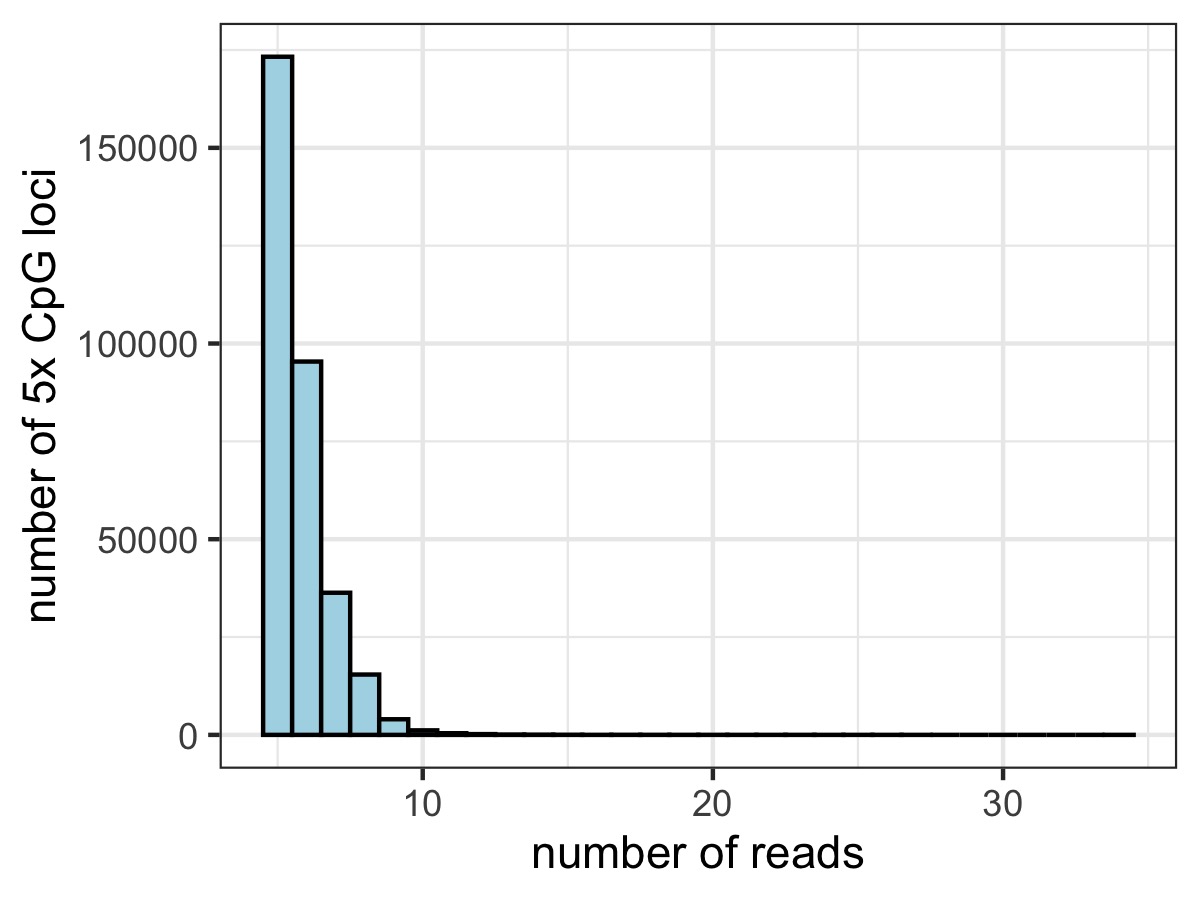 In the end I’m sticking with PE and following the MethCompare pipeline because:

I think the MethCompare pipeline should be a good place to start and if the mapping is terrible maybe try adjusting mapping parameters or SE.