Re-do analysis with updated selected proteins from clustering without day 0.

Kaitlin’s previous clustering analysis included day 0. She made a euclidean distance matrix and cut the dendrogram at 250 to ID 33 proteins in 35 different clusters.

In the new analysis, she made a euclidean distance matrix and cut the dendrogram at 150 to ID 135 proteins in 61 different clusters.

I made a new proportional venn diagram in R to show proteins commonly and uniquely identified by different statistical methods. 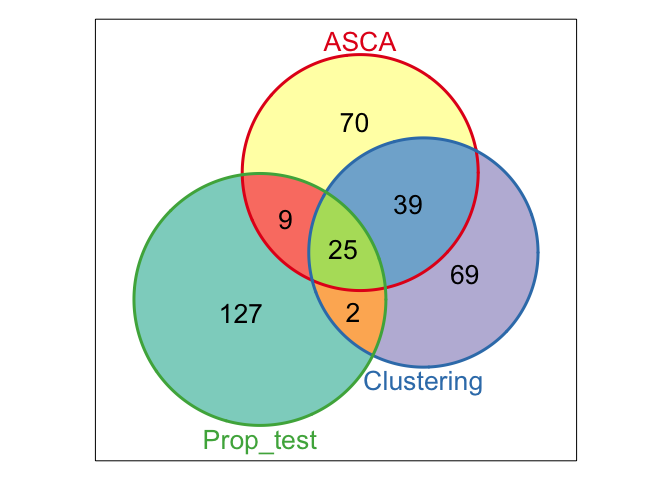 I also made a new heatmap of these proteins. 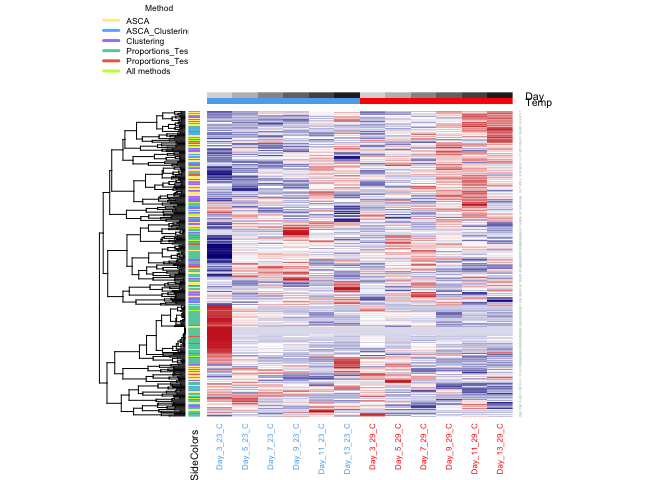 These figures will be the new figure 3 in the manuscript.

I also plotted heatmaps and abundance line plots of proteins identified by each individual method as a way to verify the methods are selecting proteins that have abundances affected by temperature. To see these, CHECK OUT THIS MARKDOWN FILE FOR NEW FIGURES

Markdown file was generated by this R markdown file, so it out if you’re interested in the R code.